Three Women in the Modern Share Nau area in Kabul. The Woman in the middle is dressed in Chaderi (Afghan Dari for Burqa), an upper class fashion introduced by the Royal Women in the early 20th Century. Originally the Chaderi was used by Christian Women of Byzantine. The other Women are dressed Iranian style, a fashion that came to Afghanistan in the 1980s. (June 2006) 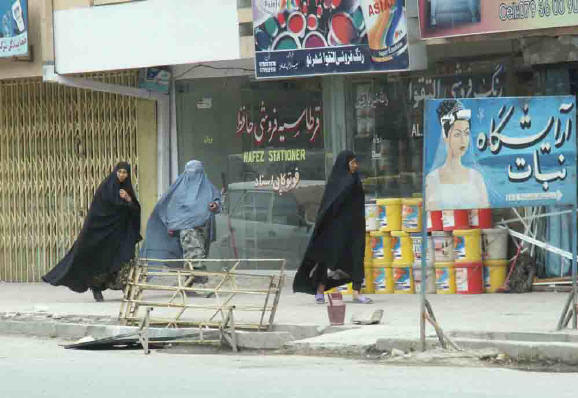 Previous Picture    Next Picture
Back to Women in Afghanistan